BOSTON – Dec. 30, 2002 – Despite a prolonged slowdown in mergers and acquisitions activity, Covington Associates today announced the completion of Network Engines’ (NASDAQ: NENG) acquisition of TidalWire, Inc., Covington’s 16th transaction in the past 17 months.

The TidalWire transaction is the latest in a series for Covington Associates, which specializes in M&A advisory services to healthcare and technology firms. The company has advised many rapidly growing companies including Horizon Medical, Inc., Visualization Technology, Inc., and Inverness Medical Technology, a manufacturer of products focused primarily on diabetes self-management, which was acquired by Johnson & Johnson for $1.3 billion in November 2001. 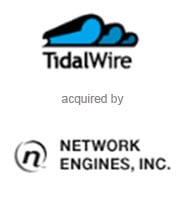 Covington Associates Completes the Sale of MDeverywhere, Inc. to Med e-Manager, Inc. Next